Twin Cities exurbs such as Otsego, Farmington, and Monticello have all seen significant increases in housing permits from 2012 to 2013.  These increases are still well short of the number of housing permits issued in the early 2000s, when many exurbs saw rapid growth.  Few expect a return to the high demand years that lasted until about 2008, but as home prices rise in the Twin Cities suburbs buyers are again heading to the outer edges of the Twin Cities.  Buyers are finding out that many of the bargain priced or bank owned lots in the suburbs were bought in the early stages of the housing recovery.  The exurbs have again become attractive for family’s willing to trade of a longer commute to the Twin Cities, for greater home affordability and larger lots.

Economists make some predictions for 2014 in this article. Here are some of the highlights of the trends we might see in 2014.  More homes for sale in the coming year as home values increase and free up homeowners that may have been underwater.  Increased new home construction will boost inventory for home buyers and increase sales of new homes.  Interest rates will likely rise this year, but still be at historically low levels.  The housing market has been in a strong recovery this past year, but some recent data points to some softening in this market.   Even if the market softens or stabilizes from last year, 2014 still looks like a good year to be buying or selling a home in the Twin Cities real estate market.

A look ahead to the coming year at the Twin Cities real estate market indicates that a short supply of listings will lead increased home prices and shorter market times for listed homes.   Median home sales prices increased 14.4% in 2013 and the sales of homes in foreclosure or short sale decreased from 50% of all sales in 2011 to 26.4% in 2013.  Many people that are interested in selling their homes are no longer mortgaged beyond their market value and are seeing less competition from bank-owned properties.   These favorable factors for home sellers still have not been enough to increase the inventory of home for sale and the tight supply has contributed to and increase in new home construction.   These market factors are expected to remain in 2014, but the Twin Cities real estate market appears to be on a road to recovery and stabilization.   If you thinking of selling your home in 2014 it may be a good time to explore your options and find out your home’s current market value.

New residential housing has contributed to a record year for construction in Minneapolis last year.  The increased demand has primarily been driven by high demand for rental properties especially in the North Loop, Uptown, and near the University of Minnesota.   The housing construction in Minneapolis has outpaced the growth in the surrounding suburbs.  This had been attributed to the large number of apartments being constructed in Minneapolis and a larger focus on single family homes in the suburbs.  A relatively strong economy and job growth in Minneapolis have contributed to the overall increased demand for new housing.  This article points toward continued growth of our housing markets. 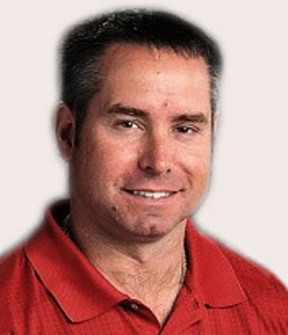