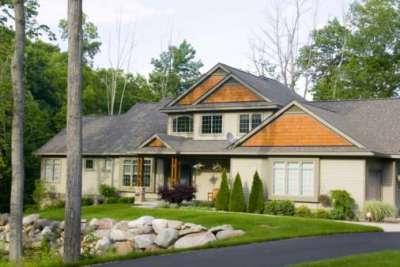 Eden Prairie is an edge city 12 miles (19 km) southwest of downtown Minneapolis in Hennepin County and the 13th largest city in the U.S. state of Minnesota. The city lies on the north bank of the Minnesota River, upstream from its confluence with the Mississippi River. As the seventh largest suburb, Eden Prairie and nearby suburbs form the southwest portion of Minneapolis–St. Paul, the fifteenth largest metropolitan area in the United States, with about 3.6 million residents. The U.S. Census Bureau recorded the city’s population at 60,797 in 2010.

Comprising many large lakes and ponds, the city has more than 170 miles (270 km) of multi-use trails, 2,250 acres (9 km2) of parks, and 1,300 acres (5 km2) of open space. Previously a bedroom suburb in the 1960s, the city is now home to more than 2,200 businesses and the headquarters of Digital River, SuperValu, Alliant Techsystems, C.H. Robinson Worldwide, MTS Systems Corporation, and the Minnesota Vikings. Regionally known for Eden Prairie Center, it is also the hub for SouthWest Transit, serving public transportation to three adjacent suburbs. Fox Sports North, KMSP and WFTC are also based in Eden Prairie. Eden Prairie has been named one of Money Magazine’s “Best Places to Live” in America since 2006; the city earned a first place ranking in the 2010 survey.